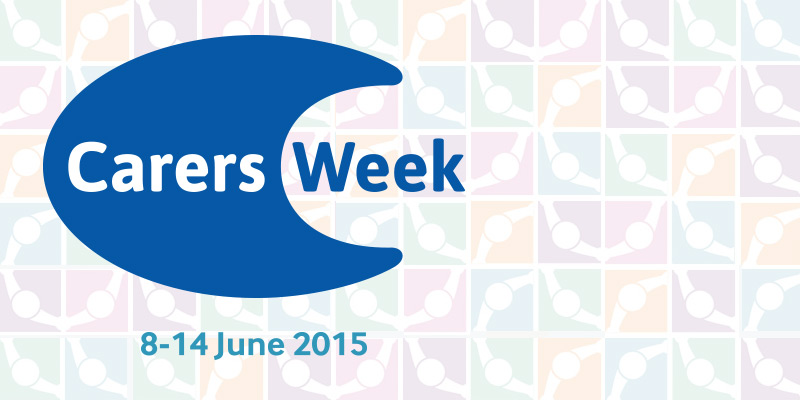 As part of our Carers Week programme, Falkirk & Clackmannanshire Carers Centre organised an awareness raising event at Alloa Town Hall on 9th June. As the theme for Carers Week this year was ‘Building Carer Friendly Communities’, the event gave members of the public the opportunity to find out about services in the local community that help to keep them healthy and active and safe in their homes. Information was also provided about carers services and support as it is estimated that 3 out of 5 people will take on a caring role at some point in their lives. 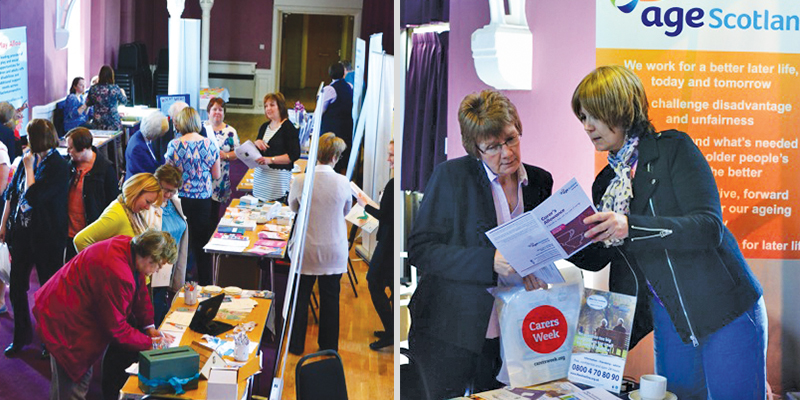 There were short presentations about Self Directed Support, Stopping Doorstep Crime, Falls Prevention, Living it Up, Red Cross and Heal the Whole of Me. Health checks were provided by Tullibody Healthy Living.

Council Leader, Cllr. Les Sharp drew the winning ticket for the Big Prize Draw which belonged to lucky Pauline Shaw. A delighted Pauline admitted that this was the first prize she had ever won! 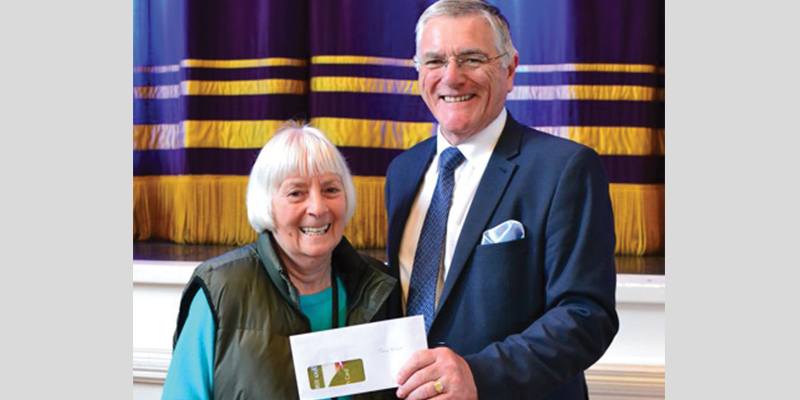 Carers affiliated to the Carers Centre were also offered vouchers that entitled them to discounts in the following businesses participating in the ‘Building Carer Friendly Communities’ initiative: The Holly Tree and The Forge in Menstrie; Lynne Stewart Hair Salon in Alva; Gordon MacFarlane Jewellers in Alloa; The Butterfly Inn in Tillicoultry and Muircot Farm in Coalsnaughton. Prizes for the Big Draw were generously donated by The Holly Tree, No 71 Bistro, The Beauty Spot, The Nail Studio and The Makers Gallery.

A big thanks to all who contributed and participated. We hope that you enjoyed the day.

Some additional cost of living payments will be made in 2023/24 to those on means-tested benefits, disabled people, and pensioners. DWP and HMRC will provide

🎆 Fancy something new for 2023? We're hiring, and looking for two fabulous people to join our adult carer support team in Falkirk! • Carer

🎺 It's the last day of our '5 Days of Christmas' prize draw, and without further ado...! 🍰 Congratulations to both Kerrie K and Stacy

The festive season can be a challenging time for carers. If you need information or support related to your caring role, our telephone Helpline will

🤫 Ok this is too much fun so I've made an executive decision, we're having another two winners today - don't tell the boss! ⚽

🛎 It's the penultimate day of our '5 Days of Christmas' prize draw, and it's time to announce a few more prize winners. 🌷 Carreen

🎁 Christmas opening hours. 🎄 We'll be taking a break over the festive period, finishing up at 1 PM on Friday 23 December 2022. We'll

🎁 After a wee break, we're back to announce more prize draw winners! 💆‍♀️ Well done Vicky R, we hope you enjoy your massage. 🌻

Quick Poll: The winter months can be challenging, especially if you are also worried about disruption to your energy supply. Most households with a disabled,